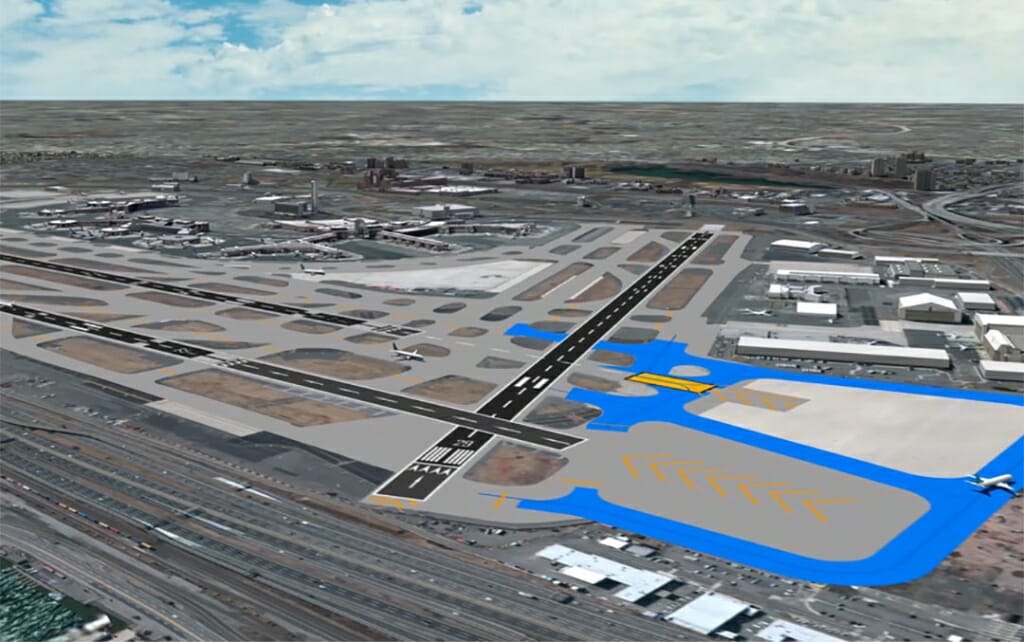 As a part of its continuous efforts to improve safety and efficiency at Newark Liberty International Airport (EWR), the Port Authority of New York and New Jersey assessed the viability of End-Around Taxiways (EATs) at EWR.

DY Consultants was part of the team selected to conduct planning analyses for this nationally relevant project, and was in charge of assessing the existing conditions at the Airport through complex analyses of available Aerobahn information, as well as evaluating alternatives for the layout of the EATs. After a first level screening, several alternatives were brought to a second level of refinement, for which proposed initial phasing, ground flows and concepts of operations were evaluated in order to further screen the alternatives and select the preferred layout. Potential benefits as well as direct/indirect impacts that could result from the implementation of those EATs were also included in the overall study.