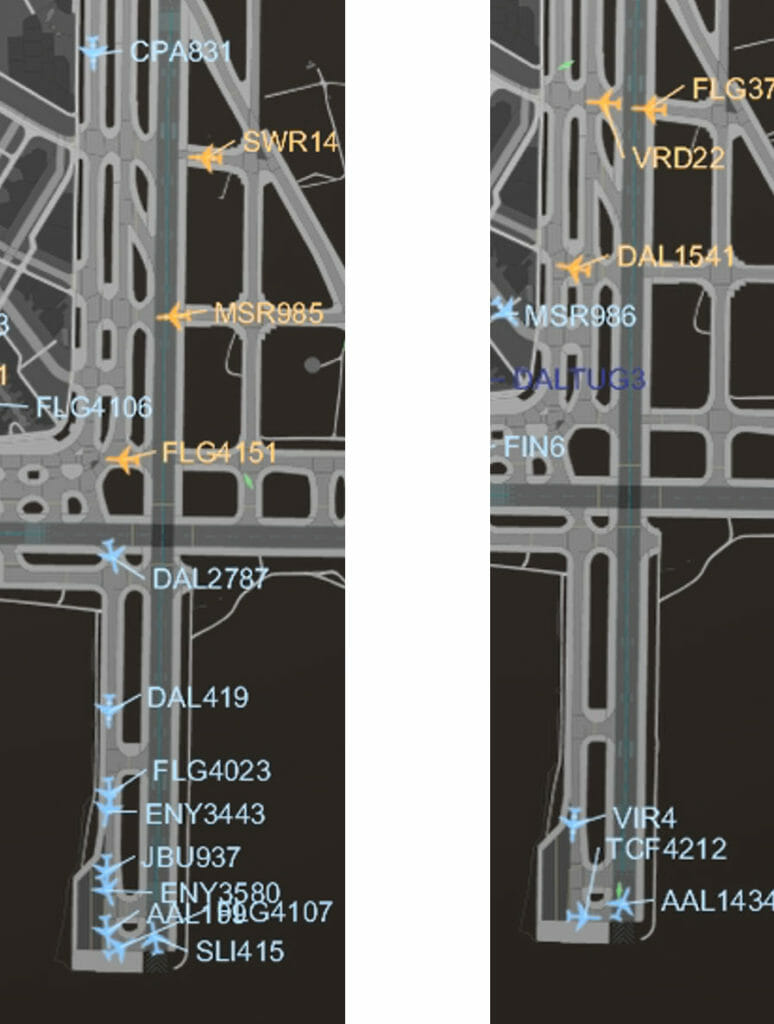 DY analyzed a full year of geocoded and time data from the Aerobahn system to understand arrival aircraft operational patterns and performance when crossing the departure runway, and their impact on departure aircraft delays. Key elements of the analysis included identifying the taxiway distribution, how many aircraft crossed the runway between departures, whether multiple aircraft crossed simultaneously or successively, and the delay imposed on departure aircraft. DY Consultants analysis concluded that simultaneous crossings were the most efficient crossing pattern and should be deployed more frequently, in lieu of single aircraft crossings.