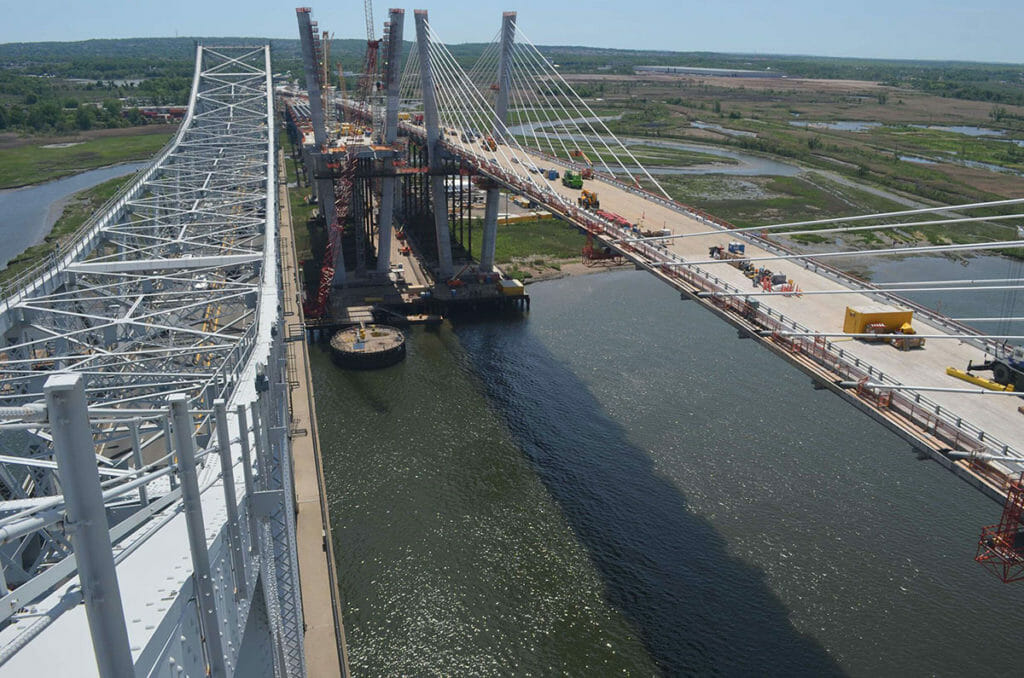 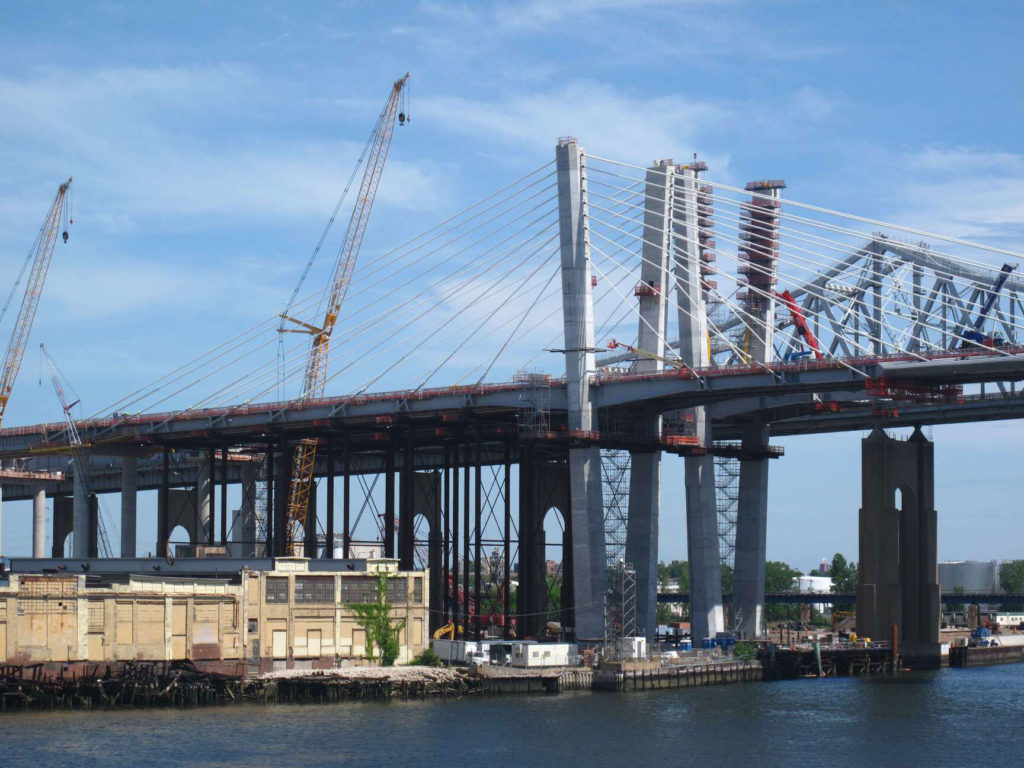 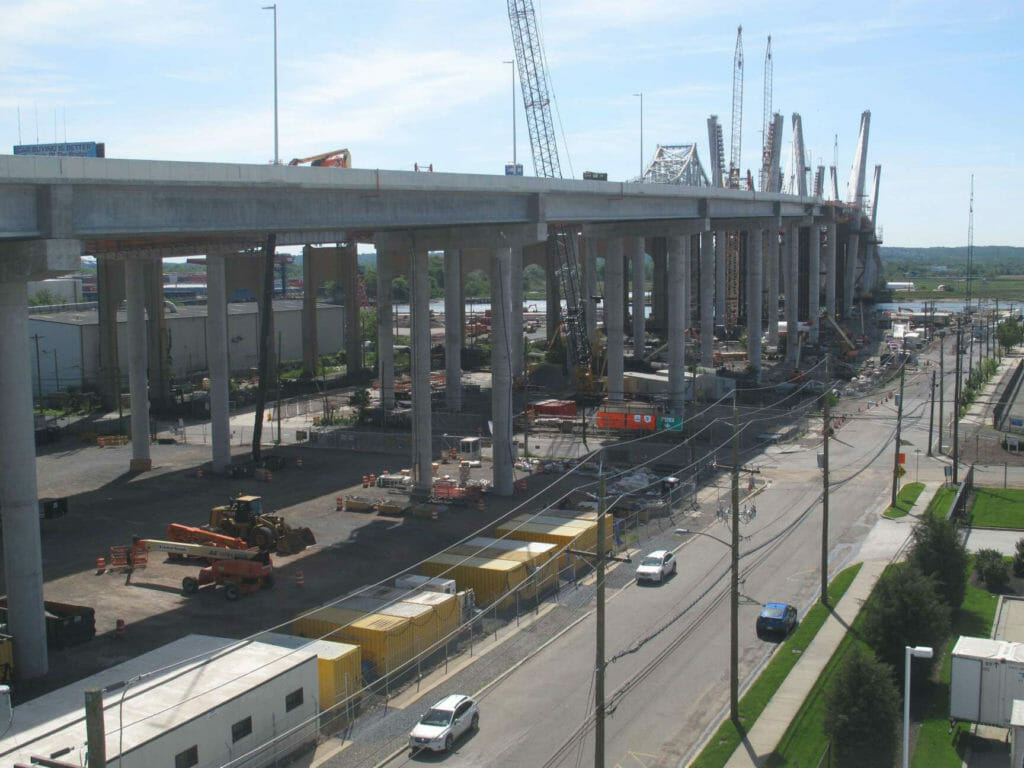 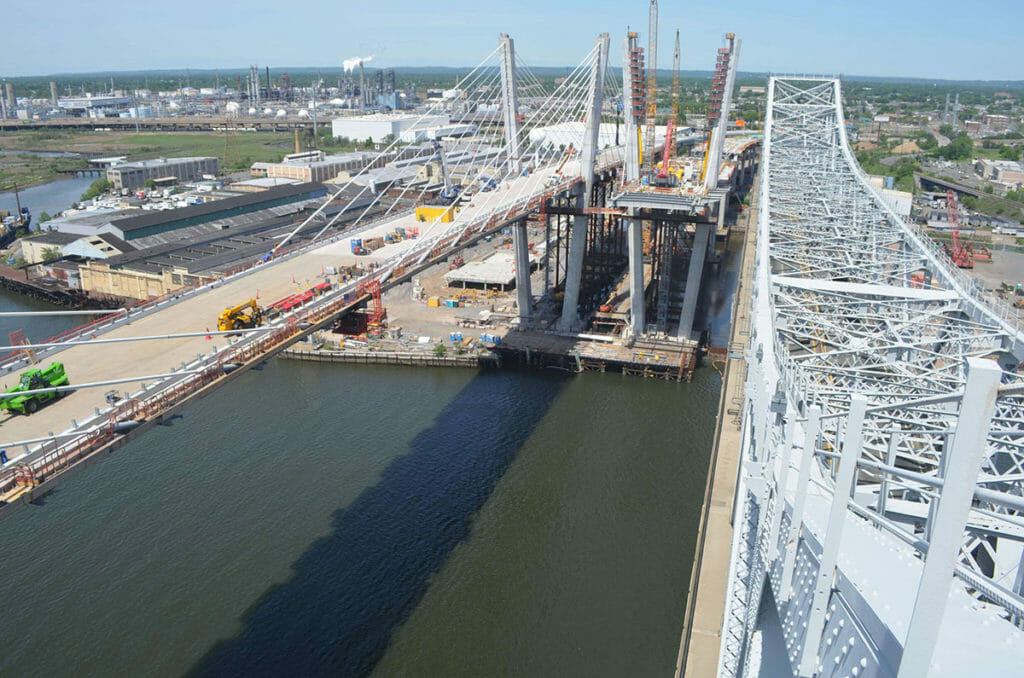 The Goethals Bridge carries I-278 over the Arthur Kill, connecting Staten Island to New Jersey and providing critical access for commuters and freight carriers between New Jersey and New York. The project replaces the existing 85-year-old bridge, which is functionally obsolete, with a new six-lane, and cable-stayed bridge directly south of the existing bridge. The current bridge will be demolished upon completion of the new bridge. The replacement bridge will consist of six 12-foot travel lanes, 12-foot outer shoulders, and 5-foot inner shoulders, as well as a 10-foot bike/pedestrian path along the northern edge of the New Jersey-bound side. The bridge design also includes a central area between the eastbound and westbound roadways to accommodate future transit service.
The existing Goethals Bridge was constructed in 1928, and it is now functionally and physically obsolete. The replacement project will widen lanes, add a lane in each direction, widen shoulders, add bike and pedestrian lanes, which will all greatly increase capacity and safety. Construction of the project is expected to generate approximately 5,500 jobs and a total economic impact of approximately $872 million. The use of TIFIA financing and P3 structuring will allow for project delivery approximately 5 years sooner than more conventional means would have allowed.
DY consultants supported the Construction Management Division as contract specialists to comply and issue construction forecast reports for the Bridge for internal and external dissemination. DY Consultants also provided advisories for cancellation of construction work to managerial staff at the Communications Desk. DY Consultants contract specialists also verified consultant invoices for payment, scheduled meetings and final inspections between contractors, the Resident Engineer’s office and Port Authority staff.